August Playlist – I LOVE THE 80s 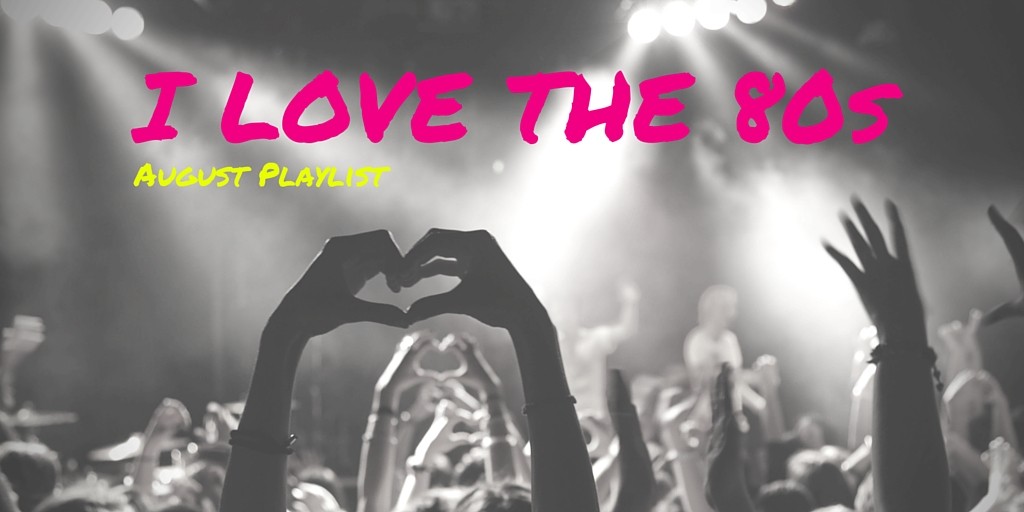 What does nostalgia look like to you? According to my mother, child of the late 50s, nostalgia is all about watching a double feature at an Indiana drive-in theater in your pajamas. For me, it’s about playing kickball in my driveway with other neighborhood kids until 10 o’clock at night. Meanwhile, if you ask any millennial at Buzzfeed, and they’ll tell you it’s a collection of pop culture references from the early aughts.

For the team at DPM? It looks like nostalgia is defined by iconic songs of the 80s.

As you know, Faithful Reader, I create a playlist every month with suggestions from our team members here. And I have to tell you, while every theme I have ever picked in the past year has garnered just a dozen or so suggestions, I’ll be damned if this playlist isn’t almost six hours long.

What is it about the 80s that gets people so excited? Was it David Bowie? Shoulder pads? Keytars? Honestly, it was arguably the tackiest decade of the last century, but bring up the 1980s, and people GET. HYPE. It’s kind of amazing.

I have a theory. In many ways, the 80s were the last decade to go untouched by the digital revolution. Thanks to Reaganism, mainstream culture saw a return to “family values”, kids spent less time playing video games and more time playing yard games, and while computers were slowly making their way into homes, but they weren’t yet connected to the ~World Wide Web~.

This is, of course, to say nothing of the counter cultures gaining momentum at the time, but due to the age and circumstances of most of the staff here, most of us weren’t (yet!) participating in underground movements.

And since nostalgia is most commonly caused by events that 1) are personally meaningful, and 2) involve people we’re close to, it’s no surprise that so many people have classic nostalgic memories tethered to a time period defined by fewer hours in front of a screen and more time out in the world.

Plus, nostalgic feelings are usually connected to sensory reactions: sights, smells, sounds, and so forth. So when someone brings up 1986, we are immediately thrown back to memories of Aqua Net, Alf, and Cyndi Lauper.

And that’s how we got here—with over 80 songs from the 80s that Don’t Panic loves. Toss your hair in a side pony, and enjoy!

Get tasks off your plate faster with the VA Starter Kit!

Thank you! Check your inbox for your downloadable: Panic Proof Guide to the Perfect Virtual Assistant Relationship

Something went wrong. Please check your entries and try again.

Focus on your best. We'll handle the rest.

Match Me With the Right VA

EP 003: Get Into the Right Mindset to Ask for Help

EP 002: Hire a VA to Work in Your Business So You Can Work on It

EP 001: Let Go of Control to Gain Freedom in Your Business

Supercharge Your Lead Generation Efforts with Help From a VA